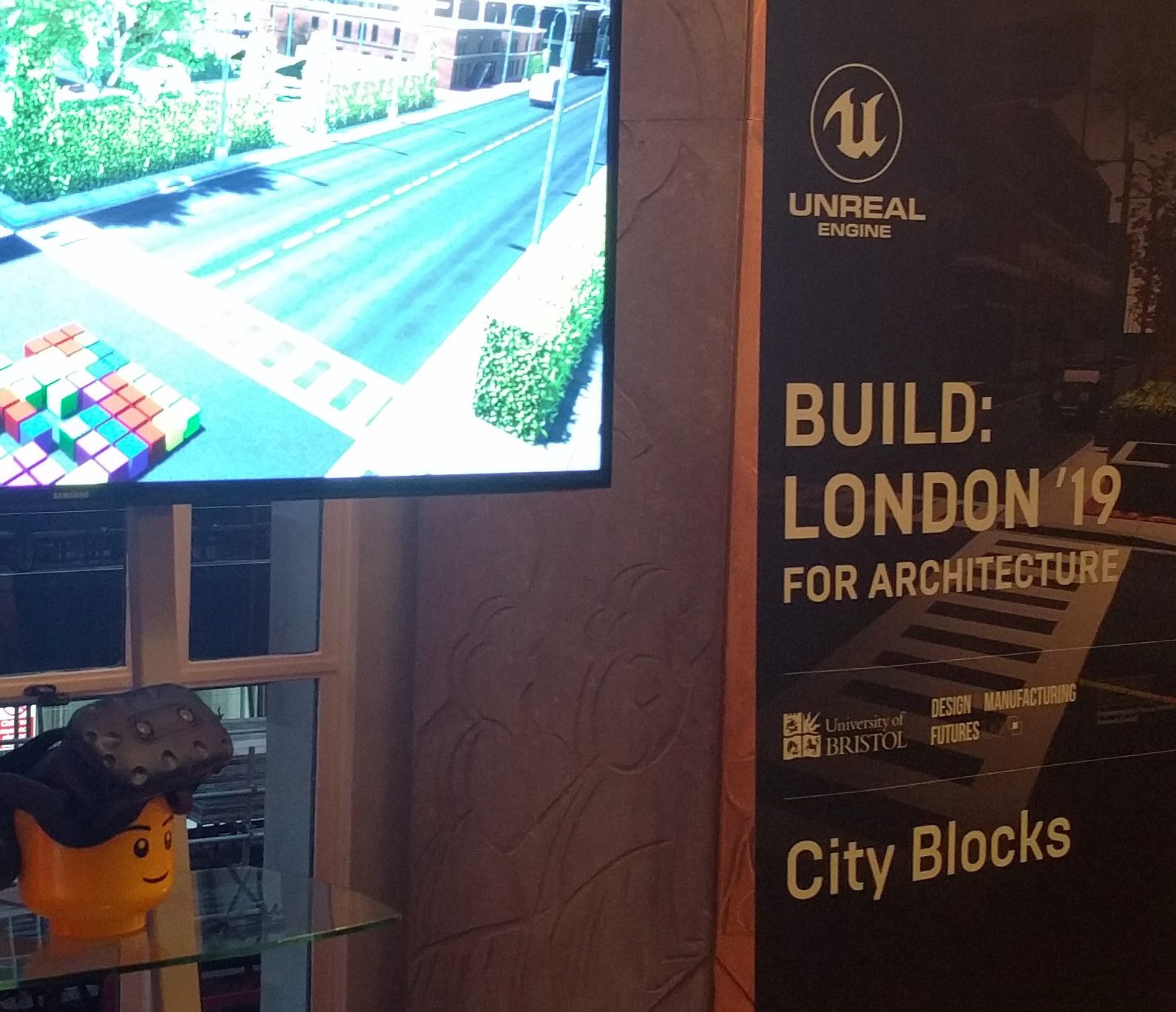 City Blocks was delighted to be invited to Build London, hosted jointly by Royal Institute of British Architects and Epic Games, as one of the ‘carefully curated selection of best in class Unreal Engine projects’! The event was hosted at the RIBA headquarters in London on the 25th September with over 300 attendees, from the field of architecture and architecture-visualisation. The DMF Lab delegates were Lee Kent, Chris Snider and David Jones.

The event started with a series of lectures from industry leaders and researchers, including one particularly interesting talk from Chalmers University of Technologies on the project ‘City of Gothenburg’, an academic, industrial and government collaboration, venturing to create a complete digital twin of Gothenburg. As Gothenburg is also the host of the next ICED in 2021, we will be keenly following their progress.

Following the lectures, the demo floor opened. City Blocks was well received at the event and we would like to thank all those who took the time to discuss the platform and its potential. Onwards to the next iteration of the project, looking at a Bristol-based use case in collaboration with Arup.